Antimicrobial resistance is an increasingly serious global challenge. Calls for new drug development have been issued by governing bodies and public health organizations around the world. Some historians and scientists believe that novel routes to antimicrobial discovery may be found in the medicinal plants used in premodern medicine. As a result, the search for new treatments inspired by medicinal knowledge of the past is attracting a range of researchers working from many disciplines. For instance, Tu Youyou was awarded the Nobel Prize in Physiology or Medicine 2015 based on her development of the anti-malarial drug artemisinin, which she identified after consulting thousands of remedies from traditional Chinese herbal literature.

Along these lines, Nettles and Networks is a new project funded by the Royal Society through an APEX Award (Academies Partnership in Supporting Excellence in Cross-disciplinary research award). The project is being carried out through the partnership of the University of Nottingham and the University of Warwick and the collaboration of researchers from the disciplines of Anglo-Saxon and medieval studies (Christina Lee and Erin Connelly), microbiology (Freya Harrison, Blessing Anonye, Jess Furner-Pardoe), and mathematics (Charo del Genio). Our aims are to show how past knowledge can influence modern understandings of both science and the arts, and to develop novel ways in which this knowledge can be applied in different disciplines. By combining skills in cultural history, philology and palaeography, microbiology, and analysis of complex datasets, we are examining a range of different medical remedies from the medieval period to reveal the patterns and processes involved in historical medical practice.

This project can only be undertaken by an interdisciplinary team of researchers using qualitative (knowledge of ingredients with antibacterial properties) and quantitative (statistical analyses of how ingredients are combined and used in the texts) approaches to uncover patterns in medieval medical manuscripts and to select candidate remedies to be studied in the laboratory. This testing of nettles-based medieval medical recipes for efficacy against modern infections is an extension of work performed by the team in a 2015 pilot study, which revealed the significant antimicrobial efficacy of an eyesalve from a tenth-century Anglo-Saxon medical book. It is also related to a pilot study run by the team to turn the pharmacopeia of one medieval text into an electronic dataset suitable for statistical analysis of ingredient usage. 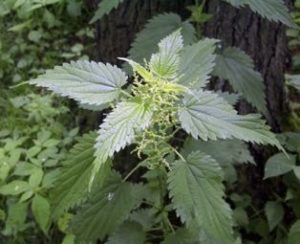 This new study focuses on remedies for wound infections that include nettles (Urtica spp.) in their ingredients. Nettles contain a range of interesting potential antimicrobial compounds, and pilot surveys show they appear repeatedly in remedies for infected or potentially infected wounds. These remedies are concentrated in surgical texts and hunting manuals (in reference to infected bites from dogs), as well as in medical texts for physicians. For instance, in a modern English translation of the late fourteenth-century The Master of Game by Edward, Second Duke of York, two remedies made with nettles are given in the treatment of wounds caused by dog bites. The first recipe is praised as “a good medicine and true for it has been proved,” while the description preceding the second recipe states: “there is another medicine better than all the other.” We are examining exactly how medieval texts use nettles: how specific are the medical contexts in which they are used, and are they repeatedly combined with particular partner ingredients? Further, do usage patterns correlate to evidence-based usage of nettles in ways that produce effective treatments against the bacteria that commonly infect wounds? Our objective is to develop a new direction of collaborative research in which modern data science and arts-science collaboration enhances our understanding of past medical practice, and through which knowledge of the past will be made relevant in a contemporary setting.

The text-based study will reveal whether there are common ingredients and traditions of wound treatment. Network analysis will reveal groups of ingredients that were repeatedly combined into treatment cocktails, suggesting these were seen as especially effective. A chronological analysis of texts will aim to show if there are changes to treatment. The laboratory studies will assess the efficacy of representative nettle-based remedies on six of the most common bacterial species responsible for wound infections. We will then assess the effects of remedies with antibacterial potential on cultured human skin cells, to determine whether they may be used safely on patients.

This is a unique multidisciplinary project that is based on collaboration between the arts and sciences. It breaks the boundaries between disciplines: by focusing on the scientific knowledge of the past we learn more about the cultural-historical environment of the Middle Ages, and by learning from medieval languages and manuscripts we will develop novel methods for modern science. More research in this manner will lay the foundations for future successful collaborations between the arts and sciences to understand European ethnopharmacology and so aid the vital quest to find new antimicrobials.

The Council on Library and Information Resources (CLIR) today issued a call for proposals (CFP) for its “Pocket Burgundy” publication series. The series invites proposals

The Council on Library and Information Resources is delighted to announce that we have opened registration for our in-person conferences happening in Baltimore, Maryland this

CLIR is pleased to announce the appointment of the editorial review and selection committee for year two of its Pocket Burgundy publication opportunity: Lotus Norton-Wisla,