Interview with Fenella France, chief of the Preservation Research and Testing Division at the Library of Congress (LOC) and CLIR board member

In August, you and co-authors from the LOC and FUJIFILM, published Accelerated Aging of Polyester-Based Legacy Audio Magnetic Tape Stock, new research that suggests some types of magnetic tapes, if cared for properly, could last as long as 100 years. What inspired you and your team to undertake this research?

People have been grappling with the concept of sticky tape—where tapes are slightly tacky to extremely sticky—for probably two and a half decades. When I first arrived at the LOC, there was preliminary work going on, and the challenge was that we couldn’t figure out why the tapes were going sticky over time.

I attended a storage architecture conference and spoke with colleagues at FUJIFILM about their accelerated aging tests, which go beyond what we have available to the LOC. Their work got me thinking: we assume much of the tape damage is related to different types of environment. So I explained to the FUJIFILM team that we wanted to try making tapes sticky to understand why it was happening, and would they be interested in working with us? They immediately said yes. 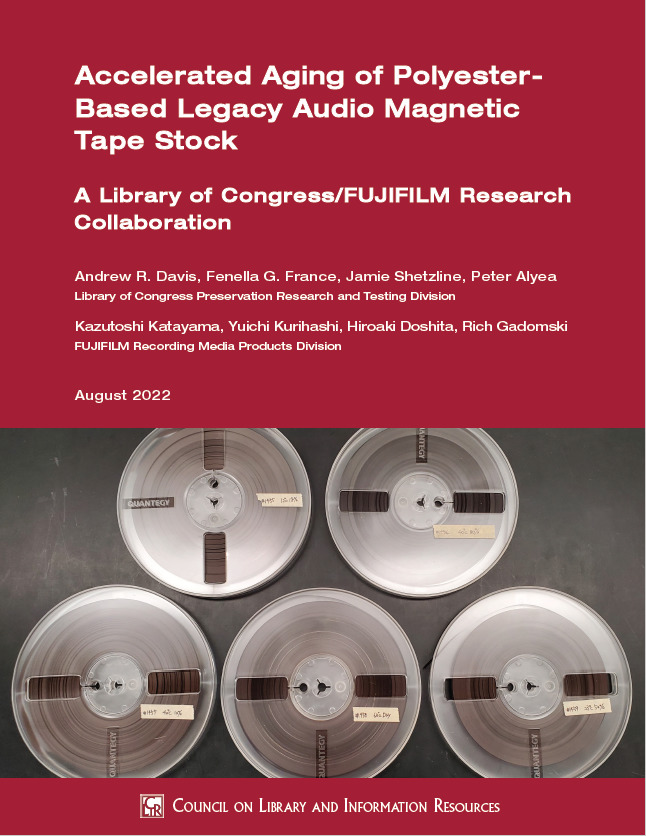 After a year, we met and the FUJIFILM team declared that the tests had failed. They could not make non-sticky tapes become sticky tapes. Hmmm…I thought…that’s something in itself. If tapes are not already damaged—they’re not being impacted by intensely high humidity or high temperature—that means they’re chemically pretty stable. So the original sticky tape project morphed into a different research project with interesting results we weren’t expecting.

Part of the focus behind this project was whether we could give collection managers a feel for what’s at risk, what isn’t, and where to focus their efforts. The other intriguing result is about the manufacturing process. We wanted our results to be about a specific effect, such as temperature or humidity, but it’s clear that, like a lot of storage products, it’s the early production period where we find problems.

The volume of information on magnetic tape that could be lost is immense. For example, all of the National Public Radio recordings are on magnetic tape. So there’s a lot of concern about doing the right thing.

What is the most vital takeaway from this publication, especially for individuals responsible for the preservation of audio collections?

If we know that a particular type of magnetic tape from a particular time period is the most at risk, collections can be checked for that type and potentially transferred first. As people juggle limited resources and time, if we can identify which tapes are problematic, then they can be put aside before a preservationist loses an entire day of production due to a tape being sticky and damaging a playback machine. It’s good to do science, but it’s got to be part of the production process and help people make good decisions. I’m always thinking about how our work can help people do their work.

This sounds like a triage concept in the medical field.

It’s a good point. I often say to my staff: Don’t go in there with a preconceived idea. Just watch the engineers, see what they do and see what are the pain points in the process and how we can actually help. It’s assessing the process and then stepping back and noticing, okay, it looks like here’s the key part where maybe we can help with some input. A corollary part of our work was using infrared non-invasively to identify sticky versus non-sticky tape. We wanted a simple tool that allowed us to quickly ID sticky tape without causing damage.

Comments on the publication have noted that the obsolescence of playback machines and the generational loss of expertise pose threats to audio longevity that are as significant as the aging process of the material. What are your thoughts on that?

They’re absolutely right. I’ve talked a number of times about needing younger people in the field. It’s challenging getting younger generations interested in this work. On the flip side, we’re also using science and research to develop noninvasive ways to capture sound without having to play at-risk collections. So there’s a loss of knowledge, but there also is the need for more integration between knowledge of the materials’ creation process and science to help us understand why a certain process is better or not.

Are there concerns that the findings will be used as evidence to discontinue magnetic tape preservation altogether?

I would think not. Most sound engineers are vocal about their understanding of the materials. We clearly state that the research focuses on specific polyester tapes and recognizes that there are other tape formulations in collections. We’ve tried to be very specific about what we were saying and what we weren’t saying.

You are the principal investigator on the Assessing the Physical Condition of the National Collection project. Tell us about this project, and are there any preliminary findings that you would like to share?

A number of years ago there was a concern about what was needed for effective withdrawal and retention decision making for collections. So libraries were using OCLC to determine how many copies to keep in their collections. But this led to questions of what and how many copies should be retained and what should be removed. We also realized that the condition of each volume was unknown. Once we got started, we quickly learned that cataloging matters. Copies of a volume that may have been coded as identical to the original, actually had different paper, bindings, and sometimes had missing pages. So we proposed to take 500 of the same volumes from five different regions and climates. During the study of the 500 volumes we found very few sets of books where all 5 copies were exactly the same. We were stunned by the variability of the collections.

You are also part of the Reopening Archive, Libraries, and Museums (REALM) project, a research project conducted by OCLC, the Institute of Museum and Library Services, and Battelle. In July, it released research on the effects of ventilation that may affect library, building operations, policies, and procedures. Can you tell us a little more about your involvement with this project?

Early in the pandemic, we didn’t know about the virus in public places and there was concern about cleaning and especially concern about the cleaning of cultural heritage. Once it became clear that surface contamination wasn’t the biggest issue, but transfer through the air was, the REALM group started looking at what happens in terms of filtration through buildings. The release in July shares that study’s results. Read the briefing. It was a wonderful group to work with. A good result of the pandemic was getting to work in groups like REALM and bringing that thought and knowledge together in research that may help libraries.

A theme throughout your work is interdisciplinary studies. Why do you think that collaboration is important for both preservation work and the sciences?

If people work in isolation, they might do an interesting project, but they’re not looking at it in context. Cultural heritage is so multidisciplinary. We work with buildings, manuscripts, glass, musical instruments, sound recordings, textiles….it runs the entire gamut and one researcher can’t be an expert in everything. So I think collaboration is critical and I’ve spent years trying to get humanists and scientists to talk to each other. I feel that working in a group encourages a synergistic explosion of ideas. It makes our work more interesting than sitting at a bench and working alone.

What is your favorite moment in a research project? Is it the planning, the execution of the plan, the writing of the report, or when you finally get to see it published?

It’s that moment, such as working with a team on the Magna Carta when we looked through the stain and brought up the original Latin, or when another team realized wax cylinders weren’t cracking due to humidity but due to temperature.  I won’t call it the “aha” moment, but it’s the planning and thinking through the process—the incremental innovation—that gets you to the “aha” moment. I’ve actually spent a lot more time on planning in the last few years because, although scientists love to jump right in and research, by planning our process carefully, we can now do all the analyses a lot faster than we used to.

Bringing that thought back to the magnetic tape publication, if you hadn't planned out the process of attempting to make tape sticky, you never would have discovered that certain types of magnetic tapes were quite stable.

Will there be additional publications coming out based on the magnetic tape research?

The magnetic tape publication is generating conversation and questions. One comment on social media was “This is an extremely exciting report. Yes, we said “exciting” and “report” in the same sentence.” It seems that people are engaged and interested.

I really appreciate that comment because we wanted to get the publication out there and wanted people to read and engage with it. Audio engineers are very passionate, and if you get a group of them in a room they’re going to have a range of perspectives. So we expected (and hoped for) a lot of discussion. My coauthor Andrew R. Davis and I agree that if you write something, it should be understandable. We also didn’t want to simplify things too much, for you can have data and explain it in a way that makes it accessible to all.

Fenella G. France is chief of the Preservation Research and Testing Division, Library of Congress, and an international specialist on environmental deterioration to cultural objects. She has developed a research infrastructure that integrates heritage and scientific data and also focuses on data visualization. Fenella’s team is expanding the use of portable instrumentation through “go-teams” and the development of heritage reference materials that support investigation and preservation of cultural heritage. She has worked on projects including World Trade Center artifacts, Ellis Island Immigration Museum, Llullaillaco High Altitude Museum in Chile, and the 1507 Waldseemüller World Map. Fenella collaborates extensively with academic, cultural, forensic, and federal institutions, and is currently principal investigator on a Mellon-funded project to scientifically assess the condition of print materials in US research libraries. Other international collaborations include Inks&Skins, University College Cork, Ireland; Collections Demography and SEAHA doctoral training, UCL, London; Beast2Craft Biocodicology project; and CHANGE – Cultural Heritage Analysis for New Generations. 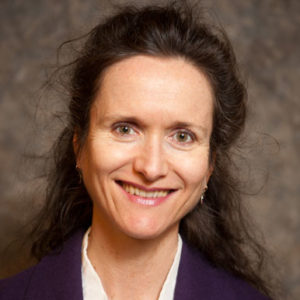