“Parting the Waters: CLIR’s Pathways into the Archive” 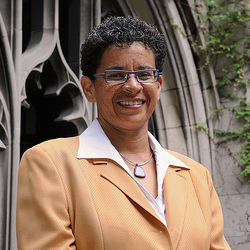 She is the author of the prizewinning A Spectacular Secret: Lynching in American Life and Literature (University of Chicago Press, 2006) and other articles about African American and American literary history during the long century of Jim Crow segregation, from 1865-1965. Just last month, she published a Norton Critical Edition of James Weldon Johnson’s 1912 novel, The Autobiography of an Ex-Colored Man, and is currently at work on her next monograph, Birth of the Cool: African American Literary Culture of the 1940s and 1950s.

The research required to launch Birth of the Cool led Goldsby to co-design and direct “Mapping the Stacks: A Guide to Black Chicago’s Hidden Archives.” She managed that project from 2005-10, while she taught at the University of Chicago. Because of it, she served as a reviewer for CLIR’s Cataloguing Hidden Collections grant program, from its inception to 2012.

Reflections on the Symposium, and Past and Future of the Hidden Collections Program 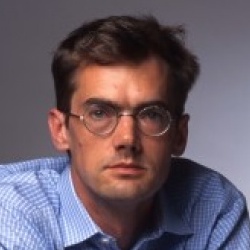 Will Noel oversees the collections, research services and public programs of the Special Collections Center. As founding Director of the Schoenberg Institute for Manuscript Studies, Will orchestrates its integration with Penn’s broad primary source holdings and guides the programs that will support scholarship in the many disciplines that draw on the Libraries’ rare and unique materials. A specialist in the fields of Anglo-Saxon and Anglo-Norman manuscripts, Will came to Penn in 2012 from The Walters Art Museum where he had been Curator of Manuscripts and Rare Books since 1997. Will has groundbreaking experience in the application of digital technologies to manuscript studies and is especially well known for directing an international program to conserve, image and study the Archimedes Palimpsest, the unique source for three treatises by the ancient Greek mathematician. With funding from the National Endowment for the Humanities he built the Digital Walters, an open access library that presents full digital surrogates and catalogs of illuminated Islamic, English, Dutch, Central European, Armenian, Byzantine, Ethiopian and Flemish manuscripts. Will has published extensively, including a book with co-author Professor Reviel Netz, The Archimedes Codex: How a Medieval Prayer Book is Revealing the True Genius of Antiquity’s Greatest Scientist. After receiving his Ph.D. from Cambridge University England, Will held positions at Downing College, Cambridge University, as Director of Studies in the History of Art; and at The J.Paul Getty Museum in Los Angeles, as Assistant Curator of Manuscripts. He is on the faculty of the Rare Book School of the University of Virginia, and is an Adjunct Professor in the Department of History of Art at Penn.